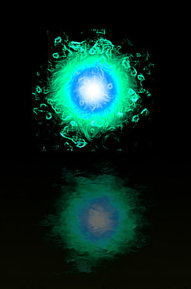 _
A construct is any energy that you tell/program to do a task or function.

With a construct you influence/tell it to do a task or effect.

-Energy shields are a defensive sort of constructs.

-Energy Attacks are the offensive sorts of constructs

-An energy ward is a construct that causes effect(s) on an area,place or thing.


To me these are the three main branches of constructs that I can name, while there are an infinite amount of possibilities and combinations, so to not have such a big confusion we will break them up into three.

(all those possibilities probably could fall under one of these three so if you think other wise please, please post a reply, I want to have this as least faulty as possible.)


Now constructs are the ultimate tools, they can do anything within your imagination to a certain point depending on your capabilities.CONSTRUCTS YOU ARE DOING IT WRONG!!!

-You know you made your constructs wrongly when you make them huge before dense.

-When you have them use you as as their ONLY energy source.

-When you don't shield programs you don't want them to change.

-When you didn't put a self-destruct button only you have access to.

Last and not least.

-When you merge them to yourself.

So a few examples of basic constructs are energy gatherers, these constructs pull or just attain energy in ways you specified.

That could be random ambient energies or any energy you directly point out to them to take.

Another example is a basic storage construct that stores information and energy that it condenses into itself and hides(You don't want parasites all over your cookie jar ).

Well, constructs can do ANYTHING you can do IF they have access to the same amount of energy,general output and focus you used to do said task.

The above applies to the affecting of the physical planes too.

Constructs are the ultimate tools for they are capable of being very flexible and changing to perform each task depending on your imagination, visualization and control, they are capable of changing instantly for required demands that you are skilled enough to mold/show them to do.

How to make a simple construct


1: Gather energy into a specific are, I tend to clump them up into floating orb. But you shouldn't limit yourself to something others do, adapt and change to make your own form.

2: Mold the collected energy into any shape you want, or object.

3: Now give the construct a heart that has a shield around it.

5: Play around with it, make it poke your friends, make it collect energy and follow you around, or you could program it to harm anything that attacks you and to not allow you to be damaged. 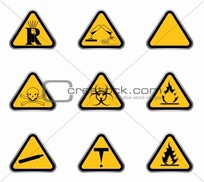 What is a symbol you may ask my awnser would be ask wikipedia! :D
A symbol is something such as an object, picture, written word, or particular mark that represents something else by association, resemblance, or convention.


Well when ever i am creating a construct i noticed that symbols make your construct A LOT stronger,
and when i create constructs i have 6 types of symbolage.

Visual Symbols: These are one of the strongest because we as humans are more ruled by sight, So these could be a symbol of something that you want to associate it with like if i think of tough i think of a hammer(not really but its symbolage) and while I'm adding the energy i visualize the energy with hundreds or just one image of that symbol amount does not matter unless you want it to. I tend to do the visual symbols with sigils and hyper sigils makes all that much stronger.


Audio Symbols: These are sounds that you associate to another thing like associating a song (might be harder depends on the person) or a noise with something. Like i would associate a whisper for cloaked cause that's my audio symbol for it, it would be different to yours. Weave the song into the energy as you put it into the construct or shape it, Even when your programming. You decide.


Tactile Symbols(feel): These are associated by the sense of touch, I use this one mostly to make it really durable, like when i make a shield I use the feeling of a tire for strength cause tires are REALLY hard and they would bend to stress and just makes it an all around awesome shield when i apply that to it. So when you are molding or creating the shield apply a symbol for touch.


Taste Symbols: This I don't use much you have to be pretty open to use it well, Like the smell of incense of the ones that protect of shield you from harm, would be applied to the construct so another level of defense.


Smell Symbols: You Associate a smell like of metal and i think when ever I smell metal i think of Strong, hard and durable so that will boost the constructs integrity.


Emotion/Thought Symbols:  This one will probably be the hardest one for me to explain, but essentially the strongest of all senses, When I am adding these kinds of symbolage to my construct i ¨Feel¨ what affect i want it to do, when i first did it i named it the silent programming cause i mostly program in words and yeah i feel what i want it to do, i have a special feeling that i associate with power. Emotions are your most powerful weapons they are the almighty two sided sword, be careful how you use it could hurt you.


TIP: If you don't have that great of a memory try making a book of you visual symbols, and think about all your other types of symbols alot so they get ingrained in your memory or just do something new every time.